I am so excited to share my review of Saving Grace: Deception. Obsession. Redemption. (The Ropewalk series, Book 2) by H D Coulter Thank you so much to The Coffee Pot Book Club for your invite to take part in this tour. 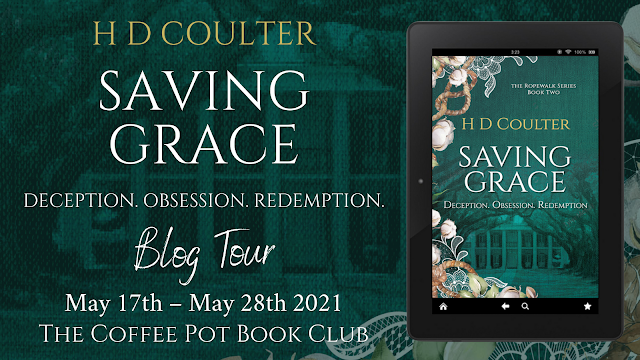 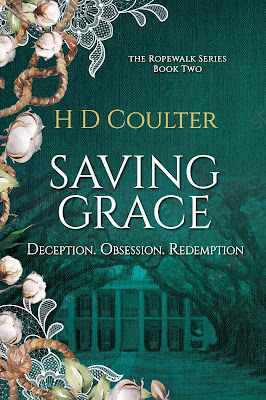 “You are innocent. You are loved. You are mine.”

After surviving the brutal attack and barely escaping death at Lancaster Castle, Beatrice Mason attempts to build a new life with her husband Joshua across the Atlantic in Beacon Hill. But, as Beatrice struggles to cope with the pregnancy and vivid nightmares, she questions whether she is worthy of redemption.

Determined to put the past behind her after the birth of her daughter Grace, Bea embraces her newfound roles of motherhood and being a wife. Nevertheless, when she meets Sarah Bateman, their friendship draws Bea towards the underground railroad and the hidden abolitionist movement, despite the dangerous secrets it poses. Whilst concealed in the shadows, Captain Victor Hanley returns, obsessed with revenge and the desire to lay claim to what is his, exposes deceptions and doubts as he threatens their newly established happiness.

Now, Beatrice must find the strength to fight once more and save Grace, even if it costs her life. 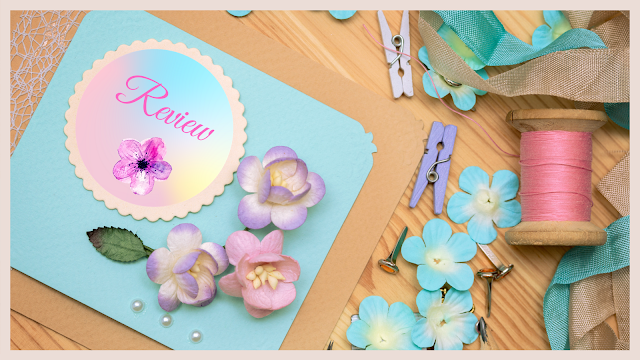 I do so love series, and when I was offered the chance to read this book, after reading book 1, I was ecstatic. Book 1 ended on a cliff hanger, and when I finished reading it, this book was still only on Preorder. You can understand how upset I was. Nonetheless, I was asked if I wanted to read this one, I agreed with maybe a little too much enthusiasm, and as soon as I received my copy, I put on the kettle and sat down.

Once again, the cover is absolutely gorgeous. What else can I say? Anyway, let us get onto the story…

Bea suffered dreadfully in the last book, and she finally ended up with the good guy – the simply delightful Joshua Mason. That doesn’t mean everything is sunshine and daisies, though, as she has to deal with the repercussions of the trauma she experienced. On top of the nightmares and constant fear, she is also pregnant. This should be a wondrous occasion, but considering the circumstances of the pregnancy, Bea has to learn to love the child. She repeats the mantra “You are innocent. You are loved. You are mine.” to her child, for the baby has done nothing wrong and knows nothing of how she came to be.

In the last book, I sang Joshua’s name to the skies in praise. He was the perfect gentleman, he loved Bea with all his heart and would do almost anything to keep her safe. In this one, however, it seems his patience has started to run thin. Not only does he have to contend with the baby (I don’t want to spoil anything, so read it and you’ll understand), but he wants his wife to be the woman he fell in love with. Instead, she has changed and, after all this time, it seems that it is not her that doesn’t want to show affection, but him instead. The Joshua in this book is not the young man I fell in love with in the last book, but a grown man in charge of a household, with responsibilities. Maybe it’s just that he didn’t have these responsibilities in the last book, but in this one, he has grown what I would call short, and his patience is waning. In case you could not tell, I did not like Joshua as much in this book as I did in the last.

With a new book comes a new set of characters and, since Bea and Joshua have moved to Boston, we get many interesting characters to read about. I absolutely loved Sarah. She is employed as a servant in Bea and Joshua’s house, but she becomes more like Bea’s sister. She is such a nice woman, always wanting to do as much good as she can. She was an absolute delight to read about, although reading her backstory almost made me cry.

One big theme in this book is Bea’s child, Grace. I have a child myself, so I will relate her experiences to mine as best I can. Grace is born via a cesarian because Bea was bleeding - why she is bleeding is never explained, but one can assume it was because of an intrapartum haemorrhage caused by a low lying placenta or quite possibly the placenta had ruptured - we are not given any details, (only that the cord was wrapped around the baby's neck,) but if this were the case Bea would most certainly have died. Neither did she die of shock which was the leading cause of C-section fatalities. Then there was the small issue, of stitching Bea up. I did a quick Google search and I discovered that until the 1870s they did not use stitches to close the open womb up, so goodness knows how anyone survived such an operation. If Bea was bleeding so heavily, and by the way, it was described she was, then surely she would have had her womb removed - how else would the bleeding have been stopped? I think a little more research was needed for this scene to make it more viable. Also, when Grace is a couple of months old, she looks at Bea in a lovely new dress in awe. I don’t know about other people’s children, but my child never cared about what I was wearing, but rather if they could get access to my breasts for dinner!

I really enjoyed reading this book, if I overlook the birth of Grace, and, much like Book 1, it ends with a cliff hanger. Except this cliff hanger is in the middle of an extremely intense scene, wherein someone might be dead, or they might not be. I don’t know. Book 3 isn’t out for ages. What am I supposed to do as I wait?!

I received my copy from The Coffee Pot Book Club, but you can grab yours from Amazon UK, Amazon US and a host of other online bookshops via this universal link!

Ropewalk; Rebellion. Love. Survival (The Ropewalk Series, Book 1) will be on offer at 0.99 on ebook during the tour. Pick up your copy on Amazon UK, Amazon US and this universal link!

H D Coulter
Hayley was born and raised in the lake district and across Cumbria. From a young age, Hayley loved learning about history, visiting castles and discovering local stories from the past. Hayley and her partner lived in Ulverston for three years and spent her weekends walking along the Ropewalk and down by the old harbour. She became inspired by the spirit of the area and stories that had taken place along the historic streets.
As a teacher, Hayley had loved the art of storytelling by studying drama and theatre. The power of the written word, how it can transport the reader to another world or even another time in history. But it wasn't until living in Ulverston did she discover a story worth telling. From that point, the characters became alive and she fell in love with the story.
Social Media Links: Website • Twitter • Instagram • Facebook Sign up to Hayley’s newsletter for a chance to win a BookBox filled with reading treats and a signed copy of Ropewalk and Saving Grace. 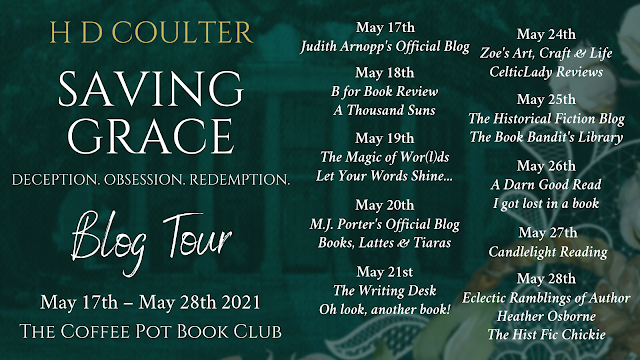 The Iron Warrior Returns (The Legendary Warriors, Book 1) By  Michelle Willingham   A fight to save his people A kiss to save his heart… T... 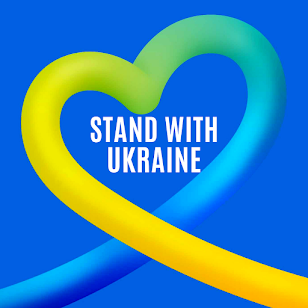